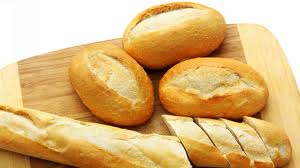 In stock
Reconfirm the price with seller
Seller
Baltic Bakery, LTD
Georgia, Tbilisi
(View map)
+995
Display phones
Call
Products of other enterprises
Technical characteristics
Description
There were multiple sources of leavening available for early bread. Airborne yeasts could be harnessed by leaving uncooked dough exposed to air for some time before cooking. Pliny the Elder reported that the Gauls and Iberians used the foam skimmed from beer to produce "a lighter kind of bread than other peoples." Parts of the ancient world that drank wine instead of beer used a paste composed of grape juice and flour that was allowed to begin fermenting, or wheat bran steeped in wine, as a source for yeast. The most common source of leavening was to retain a piece of dough from the previous day to use as a form of sourd
Contact the seller
Wheat bread