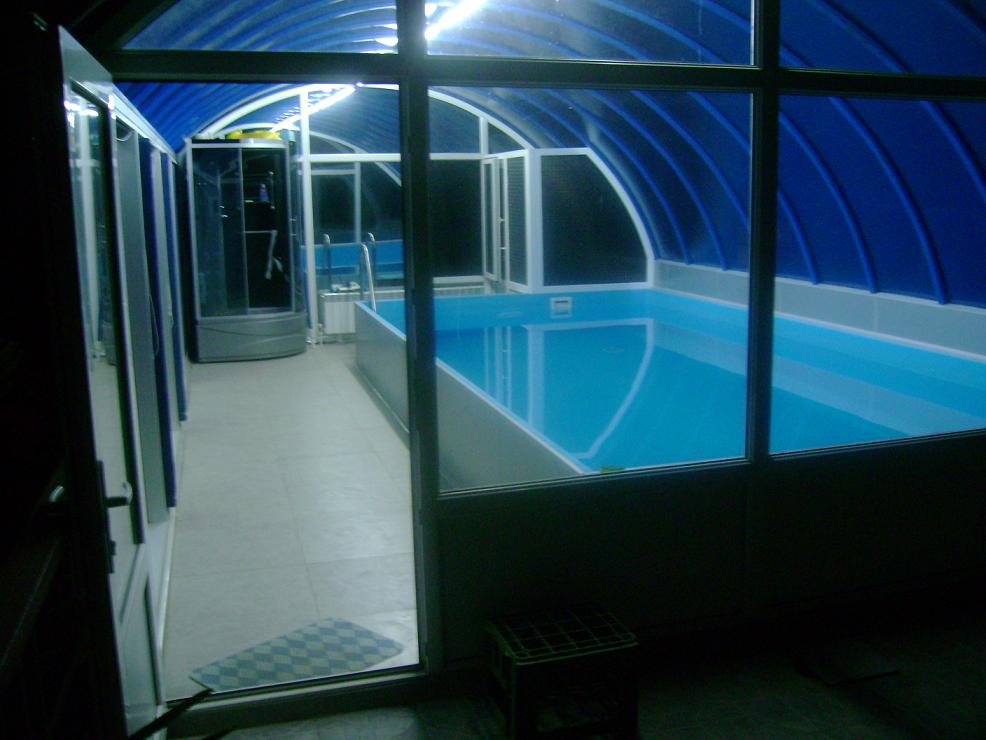 
The final link in the pool recirculation system: skimmer-pump-filter-returns are the water returns. Typically these are referred to as "eyeballs" as they incorporate a swiveling nozzle that can be locked down to point in the desired direction and are reminiscent of a swiveling human eyeball. The directional adjustment is usually a 360 degree radius circle of 45 degrees away from the pool wall. Most home pools would incorporate at least two such "eyeballs".

One recent development in skimmers was the 1970s "Aquagenie(TM)" which differers considerably operationally from conventional skimmers—most of which are quite similar in operation, if not appearance—by both drawing the pool water and returning it to the same location through a submerged slot which diverts the water downwards and in a wide fan shape. The concept incorporates a reservoir system to contain saturated trichor tablets which the resulting high strength chlorinated water dribbles back into the recirculation system, so it doubles up as a chlorine feeder as well as a normal skimmer. Arguably an "improvement" in skimmer design, patents on the device expired in 2003 and the system is now available from several US manufacturers.