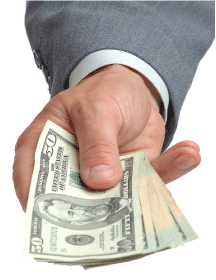 
The origins of microcredit in its current practical incarnation can be linked to several organizations founded in Bangladesh, especially the Grameen Bank. The Grameen Bank, which is generally considered the first modern microcredit institution, was founded in 1983 by Muhammad Yunus. Yunus began the project in a small town called Jobra, using his own money to deliver small loans at low-interest rates to the rural poor. Grameen Bank was followed by organizations such as BRAC in 1972 and ASA in 1978.Microcredit reached Latin America with the establishment of PRODEM in Bolivia in 1986; a bank that later transformed into the for-profit BancoSol.Microcredit quickly became a popular tool for economic development, with hundreds of institutions emerging throughout the third world. Though the Grameen Bank was formed initially as a non-profit organization dependent upon government subsidies, it later became a corporate entity and was renamed Grameen II in 2002.Muhammad Yunus was awarded the Nobel Peace Prize in 2006 for his work providing microcredit services to the poor
Contact the seller
Microcredit individuals