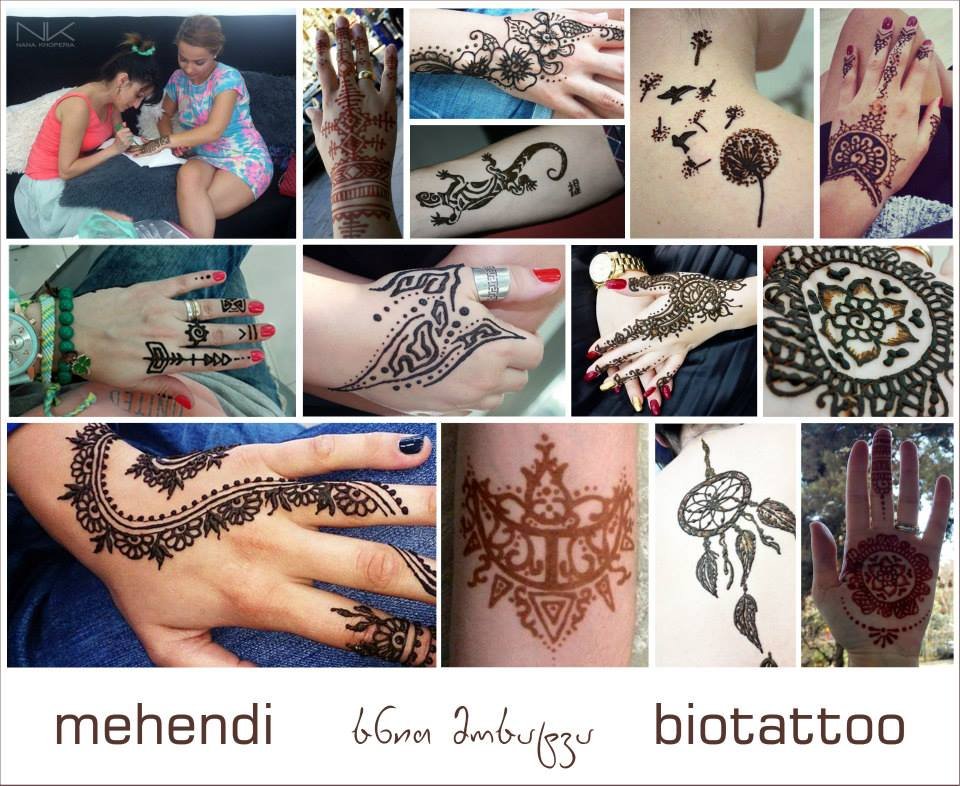 Mendy appeared about 5,000 years ago. Even in ancient Egypt, the great ladies adorned his body and nail design. In the XII century it is entrenched in India, becoming not only an ornament. For example, many Indian women believe that mehndi brings happiness and protection against failures. So during the wedding the bride paint a picture, and the remaining henna buried in the ground to protect marriage and prevent infidelity of her husband.

Traditional motifs are very different depending on the region:

North Africa. Drawing heavily stylized. Particular attention is paid to the application and definition of contours.

Middle East. Floral patterns characteristic of the Arab culture. Everyday drawing simple, complex patterns are carried out mostly to the ceremony. Bedouins living in the desert, often just dip your feet and hands in henna, without any decoration.

India. Mainly performed temple dancer or ceremony is mainly for the wedding. Quite complex and large (covering an area of ​​palms and forearms up from the feet up to the knees) lace patterns. Basically depicted religious motifs and symbols of fertility.

Malaysia. Applying Henna is a ritual for the bride before the wedding.

Bride-Malaika patterned henna on their hands

Indonesia. Used vegetable Indian motifs. There are fully painted fingertips, the side parts of the palms and soles.

In Europe, Mendy came fairly recently. Much of this is caused by bad attitude of the Christian church to the pleasures of the flesh and that henna is very perishable. But now henna painting on the body begins to gain popularity due to the fact that the henna designs covered themselves quite a few well-known singer and actress, such as Madonna, Naomi Campbell, Demi Moore.

We recommend to see
Tatoo
Tattoos services
Send inquiry
Buy
Contact supplier
Your question has been sent successfully
Consultants of the shop typically answer questions during the day.