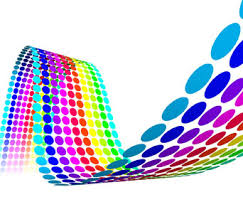 Press advertisingPress advertising describes advertising in a printed medium such as a newspaper, magazine, or trade journal. This encompasses everything from media with a very broad readership base, such as a major national newspaper or magazine, to more narrowly targeted media such as local newspapers and trade journals on very specialized topics. A form of press advertising is classified advertising, which allows private individuals or companies to purchase a small, narrowly targeted ad for a low fee advertising a product or service. Another form of press advertising is the Display Ad, which is a larger ad (can include art) that typically run in an article section of a newspaper.Billboard advertisingBillboards are large structures located in public places which display advertisements to passing pedestrians and motorists. Most often, they are located on main roads with a large amount of passing motor and pedestrian traffic; however, they can be placed in any location with large amounts of viewers, such as on mass transit vehicles and in stations, in shopping malls or office buildings, and in stadiums.
Contact the seller
Graphic design service