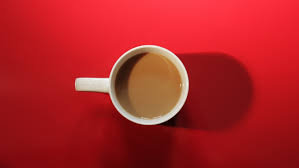 In stock
Reconfirm the price with seller
Seller
Garantia Lux, Ltd
Georgia, Tbilisi
(View map)
+995
Display phones
Call
Products of other enterprises
Description
A number of products are sold for the convenience of consumers who do not want to prepare their own coffee.

Instant coffee is dried into soluble powder or freeze-dried into granules that can be quickly dissolved in hot water. Originally invented in 1907 it rapidly gained in popularity in many countries in the post-war period, withNescafé being the most popular product. Many consumers determined that the convenience in preparing a cup of instant coffee more than made up for a perceived inferior taste. Paralleling (and complementing) the rapid rise of instant coffee was the coffee vending machine, invented in 1947 and multiplying rapidly through the 1950s.

Canned coffee has been popular in Asian countries for many years, particularly in China, Japan, South Korea, and Taiwan. Vending machines typically sell varieties of flavored canned coffee, much like brewed or percolated coffee, available both hot and cold. Japanese convenience stores and groceries also have a wide availability of bottled coffee drinks, which are typically lightly sweetened and pre-blended with milk. Bottled coffee drinks are also consumed in the United States.

Liquid coffee concentrates are sometimes used in large institutional situations where coffee needs to be produced for thousands of people at the same time. It is described as having a flavor about as good as low-grade robusta coffee, and costs about 10¢ a cup to produce. The machines can process up to 500 cups an hour, or 1,000 if the water is preheated